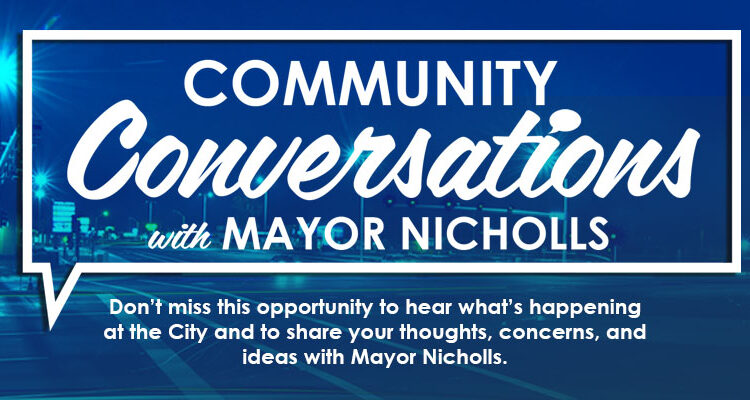 Mayor Douglas Nicholls invites residents to Community Conversations with the Mayor, a series of informal dialogues held across various neighborhoods from January through April 2023.

Community Conversations will serve as a platform for local residents of all ages and backgrounds to ask questions, voice concerns, engage in dialogue, or simply participate by listening. These meetings will rotate to different locations and take place following traditional working hours in an effort to maximize accessibility.

“At the beginning of my third term, I want to continue to be an effective voice for the people of Yuma. In order to be that voice, I want to provide an easy venue for that engagement to supplement emails, calls, and council meetings for that communication,” Mayor Nicholls said.

Each event in the series is scheduled for 5:30 to 6:30 pm on a Thursday. Locations are as follows:

Comment cards will be available at the neighborhood meetings for residents who would prefer to ask a question or leave a comment anonymously.