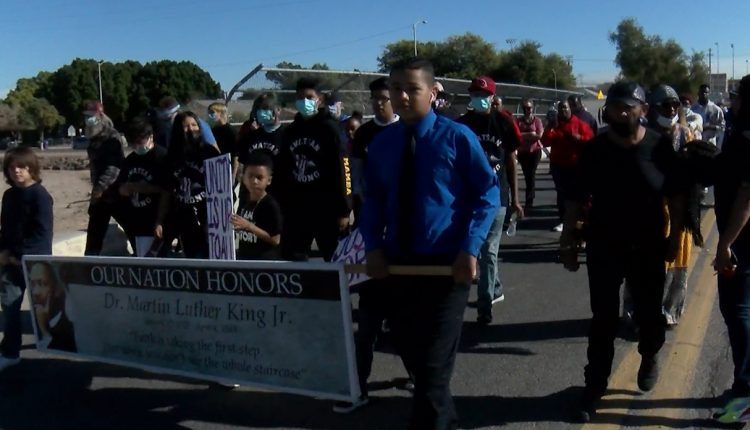 The march started from the United Fellowship Church and the group was led by the Yuma Police Department.

This event has been held annually for more than 30 years and is a family tradition for NAACP member Theresa Peterson.

“We’ve been doing this since I was little. My mother was president of the NAACP,” Peterson said. I’m just following in their footsteps and bringing my family here to show that we can do things to treat everyone equally.”

The march ended at the Martin Luther King Jr. Center, but the celebrations didn’t stop there.

“We as a city and as a nation want to uphold the principles of Dr. Honor and uphold King,” said Nicholls. “I, Douglas J. Nicholls, Mayor of the City of Yuma, Arizona, proclaim January 17, 2022 as a Memorial Day in honor of Martin Luther King Jr.”

Local NAACP President Elanor Sayles says this day is a day, not a day off. She already has a goal in mind for next year’s event.

“Let’s remind everyone here today, 2023, to be back here and bring the young people,” Sayles said.

Backlog of migrants at Yuma border an ongoing problem