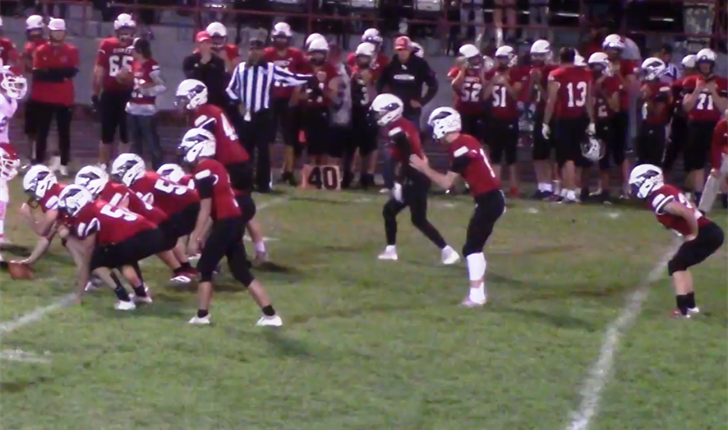 Sidney had postponed the start of the game so the Raiders got the ball to start the second half but went three and out and played the ball back to Yuma. Starting at Yuma 27, the Indians developed a 15-play, 69-yard drive that consumed 6:52 of the third quarter. But her drive stopped at the Sidney 4-yard line on Downs, leaving Sidney with a long field. The Raiders only gained 4 yards to go three-and-off again and hit the ball on Raider 35. Yuma first down to 25 and then Richarson, who threw only 2 passes all night, met Johns Smith for a 25-yard touchdown on the first play of the fourth quarter to extend Yuma’s lead to 21-12.