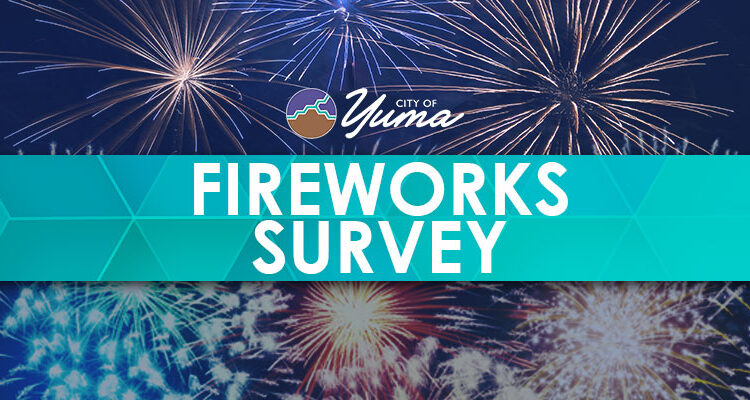 The City is interested in gathering data on illegal firework use throughout the community. State law allows residents to use legal consumer fireworks twice a year – around Christmas and New Year’s Day, and around the Fourth of July. After each holiday, the City receives complaints from residents regarding the excessive use of illegal fireworks in their neighborhoods.

Residents are encouraged to take a short survey to provide City leadership with data on illegal firework usage. The survey is anonymous and intended to provide the City with a better understanding of fireworks use and to inform future decisions. The survey can be found at https://www.surveymonkey.com/r/FireworksUsage. The survey is open now through the end of January.

This past fall, the Yuma City Council approved an update to Chapter 139 of the Yuma City Code, which added penalties for use of illegal fireworks. Any person found to have violated fireworks laws is liable for the expenses of any emergency response required and can be fined up to $1,000.

Per state law, only ground-based consumer fireworks are allowed to be used. This means that fireworks intended to explode, detonate in the air, or to fly above the ground are illegal to use.