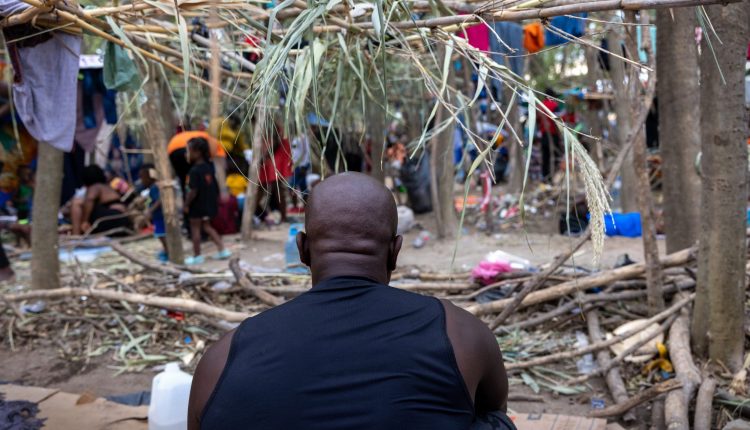 PHOENIX – Temporary tented shelters reopened in Yuma as migrants from the Caribbean and South America caused industry concerns to rise 1,038% year-over-year, according to U.S. Customs and Border Protection.

“On Friday we had groups of 45, 49, 55, 56, 78 and then several other groups just below that,” Vinny Dulesky, special operations supervisor at Yuma Sector Border Patrol, told KTAR News 92.3 FM.

In August there were 91,841 arrests in the Yuma Sector, the highest of all nine Border Patrol sectors.

Up to 60 Haitians cross the Yuma sector daily, but nothing like the large number deported from Del Rio, Texas, in recent days as they flee the island following the country’s last earthquake and the president’s assassination.

Agents have reopened the temporary tent shelters they closed last year when migration slumped during the COVID-19 pandemic and with stricter immigration policies from the Trump administration.

“We have some makeshift tents that we set up and we can plug in air conditioning,” said Dulesky. “We modified a few buildings that we would normally use for operations to convert them into residential complexes.”

Dulesky also reported a record of 2,400 arrests in his industry last weekend, around two-thirds of which are family units who are allowed to stay in the country with their sponsors.

“They come in, we process them, we put them in the system first and then we give them a court date,” said Dulesky.

They use what Dulesky calls the “Flores Settlement” – and are released after 20 days. Single migrant parents do not have this legal protection.

“If you are a single man or woman, no children, then we can probably label you 42 or send you back to the country you came from,” said Dulesky.

This code enables deportations in a crisis like the ongoing pandemic.

“2019 – and that’s one of the lessons – (mass migration) happened so quickly that each sector was using its own operating budget,” recalled Dulesky.

At an Overrun ICU, ‘the Problem Is We Are Running Out of Hallways’