YUMA, Arizona (KYMA-KECY-TV) – Over 50 men and women attended the 4th Annual Bull of the Desert Strongman competition sponsored by the Caballeros de Yuma at Desert Sun Stadium at the Ray Kroc Sports Complex in Yuma.

“The event is still in its early stages,” said David Carvell, PR for Caballeros. “We’re trying to bring new events to Yuma that will help attract more people.”

Despite the current pandemic, the event attracted a record number of competitors.

“53 competitors this year, that’s a new high,” said Carvell. “We have people from all over the southwest. We had guests from Silver City, New Mexico who did very well. We also had a nice group here from Bullhead City.”

At the beginning of February over 50 participants met for the “Bull of the Desert Strongman” competition.

According to Carvell, the staff did an excellent job following the COVID-19 guidelines.

“The staff wiped the equipment after every competitor used it,” said Carvell. “Spectators were allowed, but were asked to wear masks. If they didn’t have a mask, they kept their distance.”

According to Carvell, the event continues to grow and every year the events change. 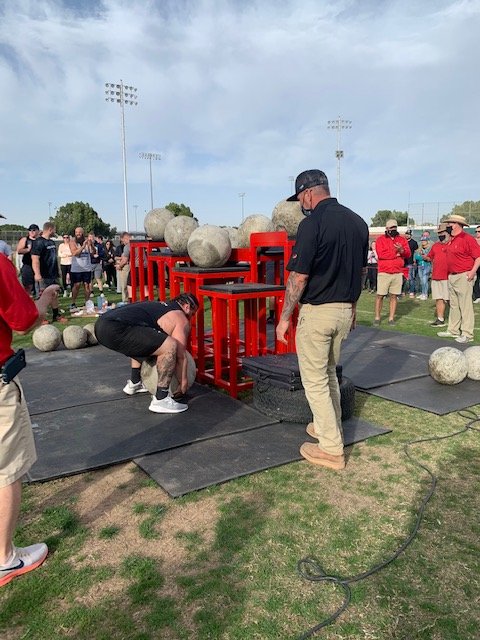 Every year the strongman competition changes the events for the participants

Overall winners from each male and female category will receive an invitation to participate in the US Strongman events. Also at the end of the competition, the jurors selected the best local athletes and awarded them the “Bull of the Desert Award”. 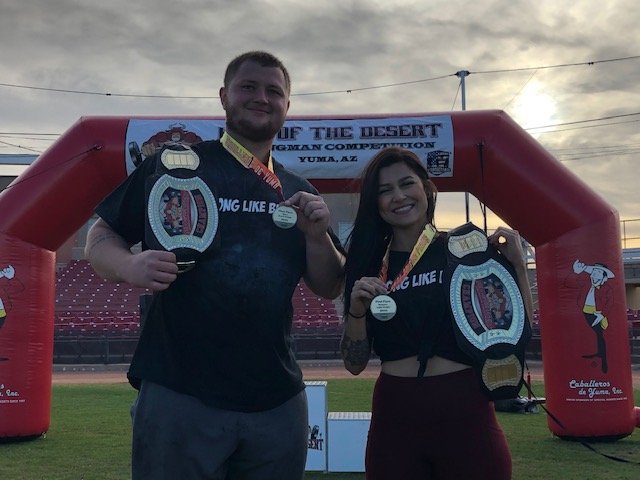 Sir Kelly Howell was chosen for the men and Alyssa Iverson was named the women’s winner. Everyone received a championship belt that they will keep in their possession until next year. 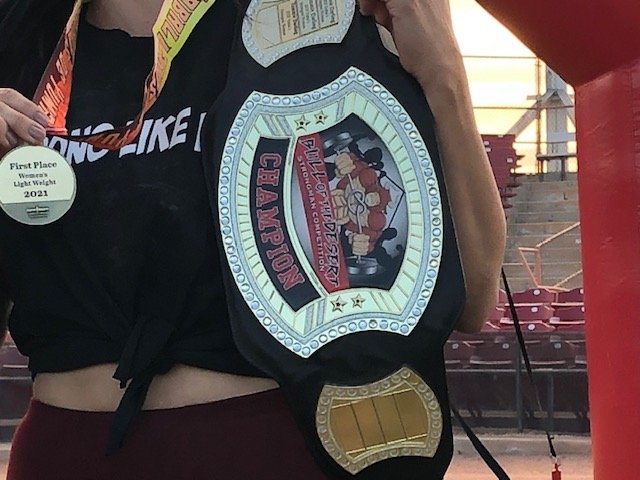 Alyssa Iverson holds her “Bull of the Desert” championship belt

“We’re doing everything we can to get people to Yuma all year round,” said Carvell. “This event continues to grow and that is a very good sign.”