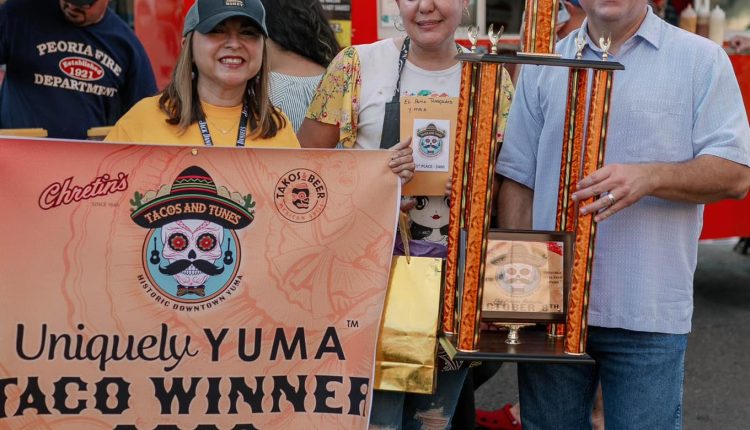 Yuma Thanks Community for Tacos and Tunes Support

The City of Yuma thanks the community for support of Tacos and Tunes, which the City brought back this year to Yuma’s Main Street on Oct 8.

“Thank you to the community for supporting a new venue and a Yuma traditional event,” said Yuma Festivals Coordinator Joanne Fiser. “We are looking forward to making it even better next year in Historic Downtown Yuma!”

The daylong festival attracted more than 22,000 attendees who came to enjoy tacos and live entertainment. The children’s area reported its highest single-day purchase total of any Main Street festival.

“We had food booths that had their top sales for any event that they had ever participated in,” Fiser said. “The nonprofits throughout the event were supported tremendously. Downtown merchants said it was most people they have ever seen at a block party in the 20 years they have been a merchant.”

Congratulations to the winners of this year’s festival:

The City thanks attendees, sponsors, vendors, staff, and performers for making this event a success.

Tacos and Tunes will return in the same location and time frame next year, currently set for Oct. 7, 2023.