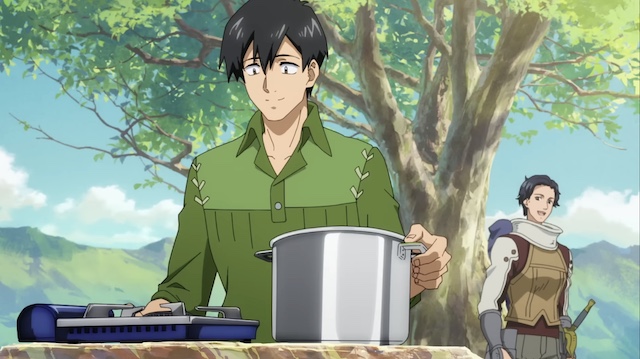 An advance screening of the Campfire Cooking in Another World with My Absurd Skill TV anime is lined up for December 26 in Japan, and the new update on the event took the opportunity to reveal ending theme plans. Yuma Uchida (Megumi in JUJUTSU KAISEN)—who also voices lead character Tsuyoshi Mukuoda—will perform the ED when the series premieres in January 2023.

Ticket information and other details for the theatrical advance screening will be announced at a later date.

Based on the light novels by Ren Eguchi and Masa, Campfire Cooking in Another World with My Absurd Skill is being directed by Kiyoshi Matsuda (Kumamiko -Girl Meets Bear) at studio MAPPA, with series composition by Michiko Yokote (Call of the Night) and Character designs by Nao Otsu (BEASTARS).

Here’s the trailer from earlier this month: 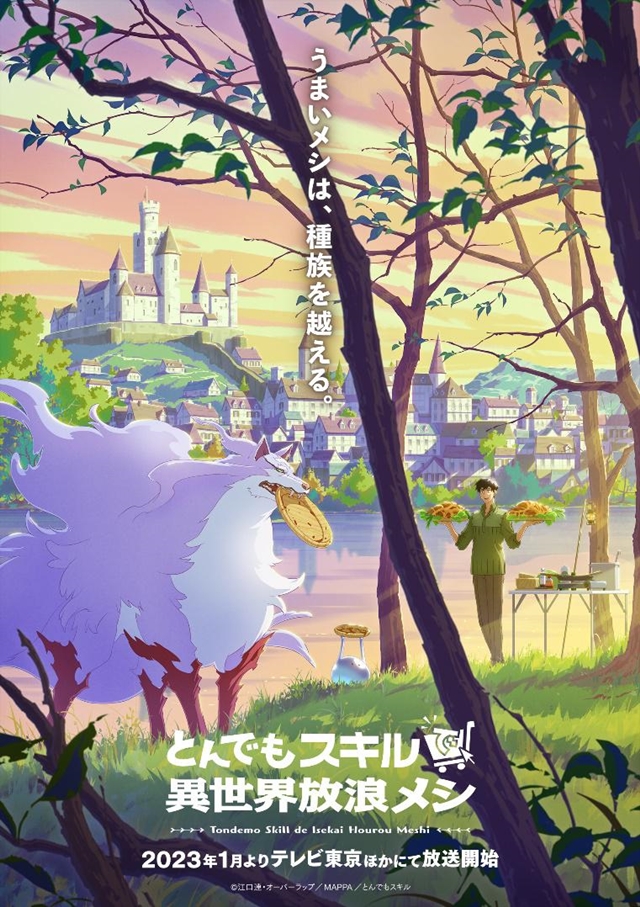 J-Novel Club, who publishes the light novels’ official English version, describes the series as such:

Mukouda Tsuyoshi was nothing special in modern Japan, so when he was summoned to a world of swordplay and sorcery, he thought he was ready for the adventure of a lifetime. Too bad the kingdom that summoned him only got him by mistake! Not only was he not one of the three summoned heroes, but his stats were laughable compared to theirs. On top of that, there’s something really sketchy about this kingdom… “Ah, these people are the kind to try and use the Hero,” he realized, and immediately left to make his own way in this other world. The only thing Mukouda can rely on is his unique skill: the “Online Supermarket,” a skill that allows him to buy modern goods in a fantasy world. It’s useless for combat, but if he plays his cards right, he could lead a comfortable life, maybe? At least, that’s what Mukouda thinks, but it turns out modern food bought with this skill has some absurd effects! What happens when Mukouda introduces ridiculously tasty modern cooking to a fantasy world like this? He gets some ridiculous repeat customers begging for more…!

Joseph Luster is the Games and Web editor at Otaku USA Magazine. You can read his comics at subhumanzoids. Follow him on Twitter @Moldilox.