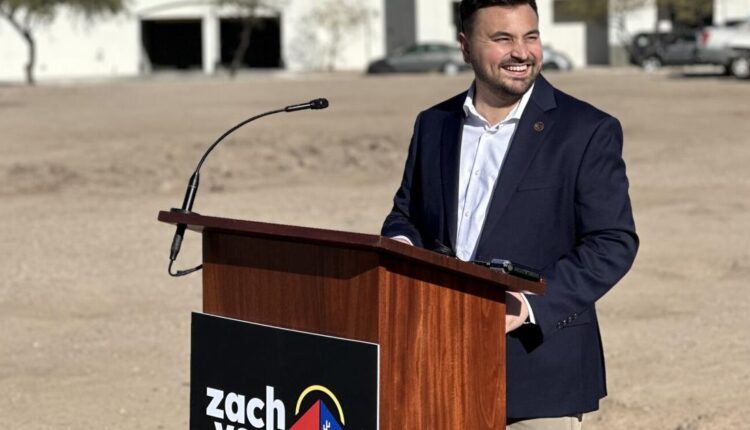 experiences: Yentzer spent five years hosting Tipping Point on 1030 KVOI the Voice, a Tucson-centered news and politics radio show. He previously served as the president of the Menlo Park Neighborhood Association and is currently the executive director of Tucson Young Professionals, a coalition of up-and-coming leaders and working professionals throughout the city.

Main priorities: Yentzer filed as an independent candidate for mayor in July 2022 “because I don’t believe we are the victim of someone else’s success, we are limited by somebody else’s failures somewhere else,” he said at a news conference Wednesday. The candidate said he has spent the last six months talking to residents about their main concerns, which have molded his priorities in running for office: housing affordability, neighborhood safety, homelessness and economic opportunity.

Yentzer’s top priority is housing access and believes it will take “an independent eye” to come up with solutions for homelessness, which he said has become a “politically charged issue.” Contrary to the housing-first approach Tucson relies on to address its unsheltered population, the candidate said he likes “a shelter first, treatment first, housing earned approach.”

Although he has been party-affiliated before, Yentzer said “either side of the political aisle was not fully a box that I could fit in” and believes bipartisan solutions are the most effective ones.

“I think that we have spent a lot of time in this community poking the eye of state and federal officials to the detriment, long term, of the success in our community. And that won’t be my style,” he said.

When was Tucson “born”? Who helped dedicate Davis-Monthan airfield? See how well you know this small bit of Tucson history.

Get Government & Politics updates in your inbox!