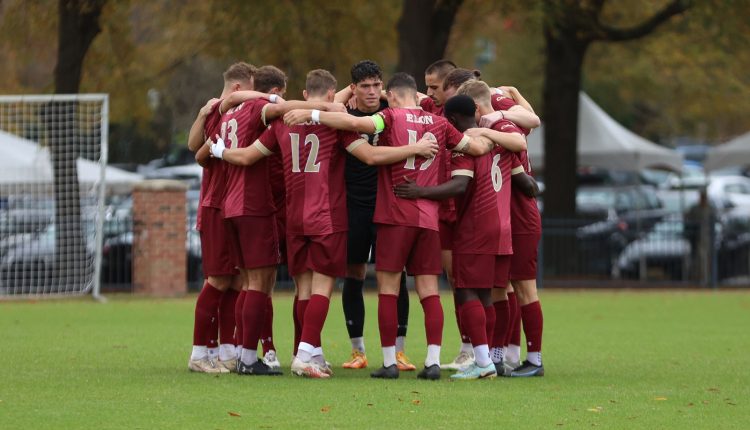 In a rematch of last year’s championship final, the Phoenix and the Pride are meeting on the soccer pitch for the 10th time on Saturday.

The Elon University men’s soccer team will try for its first Colonial Athletic Association title as it hosts Hofstra in the league’s championship match on Saturday, Nov. 12. Kickoff is slated for 12 pm at Rudd Field with free admission for fans.

Elon was well represented on CAA postseason awards as the Phoenix was rewarded for its great CAA season so far during the league’s announcement of its postseason awards. Elon won two of the four major awards for the league, headlined by Hole Vik being named the CAA Defensive Player of the Year and head coach Marc Reeves being selected as the unanimous Coach of the Year.

Hole Vik became the second Phoenix player to be named the CAA Defensive Player of the Year, joining Nathan Diehl in 2015. Hole Vik was also one of seven Elon players that earned All-CAA honors as the Aalesund, Norway, native earned first-team honors. Elon had a league-best four players receive All-CAA first-team laurels. Along with Hole Vik, Duval, Franc Gamiz Quer and Vatne also received first-team honors. Bilichuk and Lehm were named to the All-CAA second team while first-year Majaliwa Msabaha was placed on the third team and All-Rookie team. Reeves became the first Elon coach to receive the CAA Coach of the Year honor. It was the third Coach of the Year accolade overall in Reeves’ career.

For the third consecutive week, Elon was receiving votes in the United Soccer Coaches poll. It was also the sixth time this season that the Phoenix has received votes in the poll. Elon currently ranks second in the Atlantic Region and is 24th overall in the most recent RPI rankings. Bilichuk’s 11 clean sheets are tied for first overall in the country and is sixth in the nation on goals-against average (0.53). As a team, Elon is third overall in the NCAA in shutout percentage (.647) and GAA (0.53).

The winner of the match between the Phoenix and the Pride will receive an automatic bid to the NCAA Championship Tournament. Selections will be announced on Monday, Nov. 14 at 1 pm on ncaa.com.

Live updates across the state