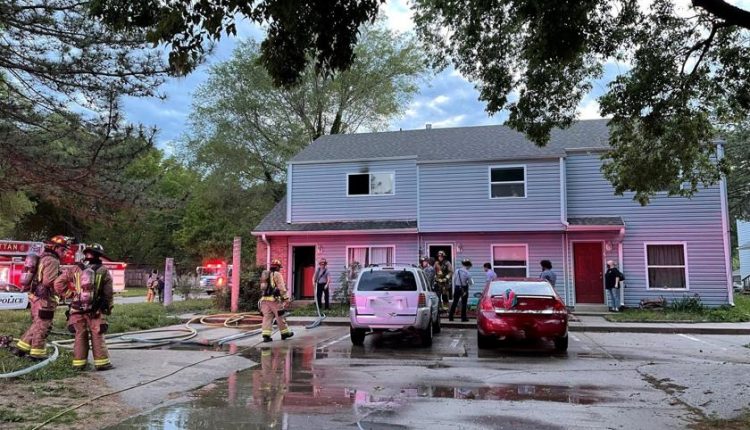 Manhattan firefighters reported no injuries after a fire damaged an unoccupied apartment complex on Yuma Street on Saturday night.

The Manhattan Fire Department responded to a report of a building fire at 1200 Yuma Street around 8:10 p.m.

When the crews arrived at the scene, they saw the two-story, three-unit apartment building showing smoke from the second floor.

Firefighters searched the building for residents but found no one inside. They contained the fire within 10 minutes.

Only one unit was affected by the fire and officials continued to investigate a possible cause on Monday. Deputy Fire Chief Ryan Almes said the fire started in the upstairs bedroom and preliminary reports suggest it was likely accidental.

Officials estimated the total loss of damage to be approximately $ 17,500 for the structure and its contents.

In the land register, the builders are listed as Shirley and Keith Vogts from Manhattan.

A total of 17 firefighters responded to six fire engines, with the last units still on site at the time of this publication. No injuries were reported.