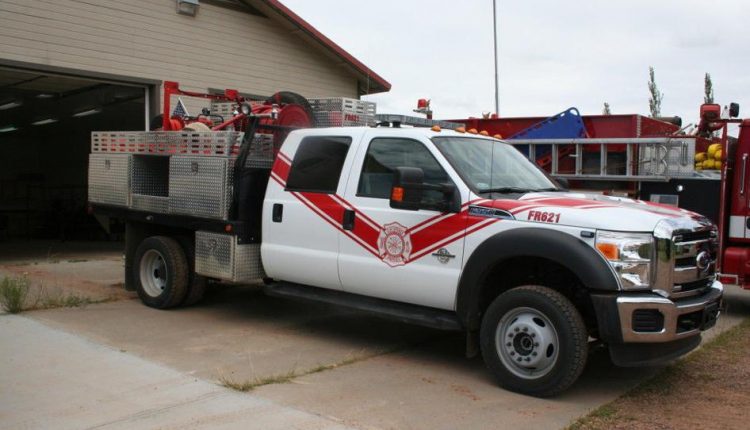 CLAY SPRINGS-PINEDALE – Jason Craven, former coordinator of the disbanded Wildland Division of the Clay Springs-Pinedale Fire District, (CPFD) has sued the fire chief, his county board, and then-board members for various alleged violations of federal law and state labor law Defamation and other alleged wrongdoing. Craven claims to have worked there as a volunteer firefighter for the past 14 years and was hired as a paid employee in 2013.

The CPFD created the Wildland Division, which used crew and / or equipment to fight fires in areas outside Clay Springs and Pinedale and was compensated for the service. However, the CPFD board of directors said it made no financial sense to keep the division going and eventually disbanded it. In March 2019, fire chief Robert Garvin Craven announced that he had been fired because the department he was coordinating no longer existed.

Craven filed a lawsuit in the Navajo County Superior Court on December 9, 2019, alleging, among other things, that there was a wrong and wrong motive against him in deciding to dissolve the division.

He is represented by the law firm Shields Petitti PLC of Phoenix.

The 10-point lawsuit seeks damages for violations of labor law, in particular under the Federal Fair Labor Standards Act, the Minimum Wage Act of Arizona, wrongful dismissal, defamation, acts “against public order”, retaliation against him for only has spoken his mind and other problems. Craven alleges that Garvin gave the board of directors “false and misleading information” about the financial position of the Wildland Division in order for the board to dissolve it, causing Craven to lose his job.

Directors were sued in their “official capacity,” which means they will not be charged with anything that would harm them as individuals, but Craven sued Chief Garvin both in his official capacity and as an individual. The defendant board members are Bob Quackenbush, Mike Neill, David Flores, Joe Holyoak and Sue Hileman.

Defendants are represented by Barrett & Matura PC law firm of Scottsdale. The defendants immediately referred the case to the US District Court for Arizona through a process known as “removal”. Federal law states that if a lawsuit contains “federal issues and claims” and the amount in question is at least $ 75,000, federal courts can remove it from the state court and hear it. Craven has not given a dollar amount that he claims.

The case was actually transferred to the US District Court in Phoenix, and the defendants in their response denied everything except that the CPFD is a fire department, has a board of directors, and Garvin was the chief fire officer at the time in question. They ask the court to dismiss the lawsuit in its entirety, render a judgment in favor of the defendants, order the defendants to pay their costs and attorneys’ fees, and “other remedies the court deems appropriate”.

At the heart of the case are Craven’s allegations that he was mistreated and retaliated for raising concerns about Chief Garvin’s management. Craven’s lawsuit states that he has “raised legitimate concerns in good faith about the gross mismanagement of the Defendant Garvin by district funds,” such as allegedly failing to pay his employees for work or training time. Craven also insists that Garvin defamed him by calling him an alcoholic in front of others and telling a meeting of thirty people in January 2019 that Carven “won’t come out at night because he has to suck on his bottle, but he is good help the next day. ”Craven allegedly replied,“ These are cans, ”according to court records.

In April 2021, the defendants filed a motion for a summary judgment designed to end a pre-trial lawsuit. Court rulings state that a party can rule on such a motion if the essential facts in a case are not disputed and the law states that the drawing party should win. But U.S. District Court chief judge Robyn O. Silver ruled generally in Craven’s favor, noting that there are contentious facts for a jury to decide.

For example, Craven claims that the purpose of disbanding the wildlife division was to kick him out of the organization for complaining about the boss. Defendants claim the division was closed because it made no financial sense to keep it.

But another firefighter came on with a note from Chief Garvin talking about the division’s breakup. “A lot was (because of Craven’s) attitude. I mean, he threatens the board members, threatens me very much, “and that the decision to disband the department” basically boiled down to (Cravens) threats … it wasn’t that big of a difference in money terms, “Judge Silber wrote on her appointment.

The court continued: “When asked if the Wildland Division would ever return, Chief Garvin said:”[a]”As soon as you get me a red card – or a locomotive card,” that is, as soon as someone else has the qualifications to lead the Wildland Division, the fire department would set it up again, “said Judge Silver. Since there is a material dispute about why the department was dissolved, a jury has to clarify this issue.

With regard to the defamation allegations, after analyzing the legal precedents, Silver found that a jury must decide the question “sucking on a bottle”. Truth is a defense in a libel suit; Hence, there is no liability if what Chief Garvin said about Craven is actually true.

Regarding an unpaid wage issue, the district bought a fire truck in Illinois in 2018 and Craven drove there to drive it back. Since he stopped to visit his daughter on the way back to Arizona, he was not paid for the return trip. For this he demands 36 hours of wages; The defendants claim it was agreed that Craven would not be paid for it. The judge said a jury should clarify this issue as well.

Defendants won Craven’s Arizona Employment Protection Act claim. The judge said the dissolution of the Wildland Division is not considered a termination for the purposes of Arizona law. It also ruled in Chief Garvin’s favor on Craven’s allegation that Garvin had adversely affected Craven’s employment, finding instead that Garvin was “acting within the limits of his authority as a manager” under Arizona law, the judge wrote. The other claims will be brought to court.

Who Wants Brooklyn Nets vs. Phoenix Suns in the 2022 NBA Finals?