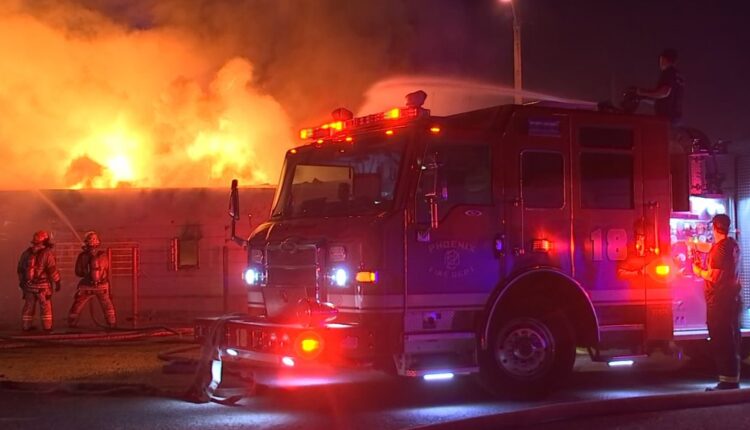 PHOENIX (3TV/CBS 5) — 2022 was a record-setting year for the Phoenix Fire Department. Firefighters made history with the highest call volume ever recorded in a year. The union president says they made history due to the exploding population in the city.

There were more than 400,000 responses for Phoenix Fire in 2022, a nearly 20,000 call increase from the previous year. The department already struggles with resources while being forced to keep up with a booming city. “Its taking a toll from PTSD, sleep depravation,” says Bryan Willingham, the president of United Phoenix Firefighters Association Local 493.

Willingham says record volume was also met with delayed responses, with nine minutes for first responders to get to the scene. That’s four minutes longer than the national standard. A result of a lack of adequate staffing compared to how many people moved to the Phoenix area. “We have 300 people moving here a day,” he says. “We’ve been struggling to add additional resources for years, everything costs money, nobody wants to pay taxes and we understand that.”

Last month, Phoenix City Council unanimously approved nearly $8 million to fund 58 sworn positions for the Phoenix Fire Department. Councilmember Ann O’Brien, Chair of the Public Safety and Justice Subcommittee, says, “As this city grows, we need to make sure our public safety is adequately growing.” While Willingham says it’s a step in the right direction, he admits the fire department is far behind as the new year begins. “It’s great whatever they can do,” he says. “Its just not enough right now, I feel like our organization is drowning.”

Phoenix residents will be able to vote on an $83 million dollar bond measure later this year. If passed, the fire department will get four more fire stations. To learn more, click here https://phxfirecrisis.com/