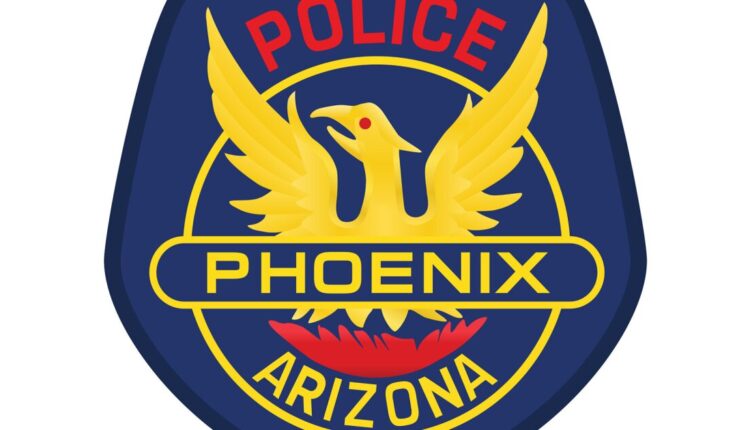 PHOENIX — The Wall Street Journal is demanding the Phoenix Police Department conduct an internal review and take action to ensure journalists’ rights are protected after one of its reporters was handcuffed and detained.

“I am appealed and concerned that officers at your department would attempt to interfere with Mr Rabouin’s constitutional right to engage in journalism and purport to limit anyone’s presence in a public location,” Murray wrote.

The city is under a Department of Justice investigation for falsely charging protesters as gang members.

Rabouin, who’s based in New York and covers markets for the Journal, was in Phoenix to visit family during the Thanksgiving holiday.

He told ABC15 that he went to a Chase Bank branch in north Phoenix to conduct some man-on-the-street interviews for an ongoing story about savings accounts. He was in street clothes because he didn’t want people to think he was selling them something.

As he was standing on a sidewalk outside the building, Rabouin said a pair of employees asked him what he was doing and then walked back inside.

Rabouin said he didn’t know the sidewalk was private property, and at no time did the bank ask him to leave.

“I saw a police car pull up. And the officer came out, walked into the branch, after about five minutes came out, and talked to me,” Raboin said. “He asked me what I was doing. I identified myself. I said, ‘I’m Dion Rabouin. I’m a reporter for the Wall Street Journal. I’m working on a story. I told the people in the branch what was going on.’ And he said, ‘Well you can’t do that.’”

ABC15 requested records and body camera video related to what happened. So far, the department released an incident report but has not yet provided any video footage.

In his report, Officer Caleb Zimmerman wrote that bank employees claimed Rabouin refused to leave and that the reporter initially refused to identify himself.

After watching the situation unfold, a bystander began recording on her cell phone.

Kaitlyn Parady’s footage does not begin until several minutes after the interaction between Rabouin and Zimmerman begins. But the first comments recorded in the video show her disputing the officer’s claims.

“I heard him say he was going to leave. This is ridiculous. He’s a reporter,” the video captures Parady saying as she holds the phone.

Rabouin told ABC15 that the officer didn’t want to look at his credentials or let him walk away.

“‘If this isn’t public property and I don’t have a legal right to be here, if you’re telling me that’s not what this is, fine, I’ll move.’ And he literally, kind of, shifted his body to keep me from moving or going anywhere,” Rabouin said. “And after we talked a little more, he said, ‘I’m done with this.’ And he started grabbing me. Grabbing at my arms. And I was kind of flustered and drew back. And he was like, ‘This could get bad for you if you don’t comply and don’t do what I say.’ So he grabs my arms and really wrenches them behind my back and proceeds to put me in handcuffs.”

Parady’s cell video begins as the officer is placing Rabouin in handcuffs.

Zimmerman walks Rabouin over to his police car and attempts to place him in the back. That’s where Rabouin pauses and tells him he didn’t want to get in.

“I didn’t trust what was going to happen, he told ABC15. “While the woman was recording, I thought the odds of him not doing anything to me whether physically or anything else are a lot higher. Once he closes that door, he could take off, he could take me somewhere. I could be placed under arrest.”

In his incident report, Zimmerman wrote he had probable cause to arrest Rabouin for trespassing.

About eight minutes into the cell phone video, backup officers arrive. After another two minutes, with other officers now as witnesses, Zimmerman takes the handcuffs off Rabouin, and he’s released.

The Phoenix Police Department did not respond to multiple requests for comment.

In addition to the letter sent by the Journal, Rabouin filed an internal complaint. He said he got a call from a Phoenix official weeks later saying that they reviewed the incident and found nothing wrong.

“As journalists, we don’t really want to be the story. We want to report the story,” Rabouin said. “I think it’s important to talk about. This is a department that’s under DOJ investigation for excessive force, under investigation for the way they operate and handle business, and despite that, they continue to operate this way.”