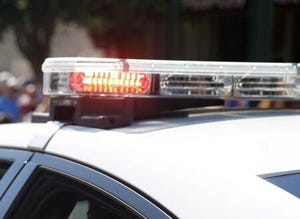 Phoenix Police arrest a man “in crisis” on I-10 flyover

Phoenix police arrested a man Sunday morning after helping him during a crisis call and finding out he had a warrant for a crime, police said.

Interstate 10 near Seventh Avenue was closed for about an hour and a half Sunday morning as police responded to the emergency call in the area, according to a tweet from the Arizona Department of Transportation.

It’s unclear when the police first responded to the incident, but ADOT tweeted the closure for the first time around 7:30 am, indicating it was a police incident.

There they found a man “in crisis” who had climbed the bridge fence over the freeway, Williams said.

Police learned during the incident that the man had an arrest warrant, Williams said. They negotiated with him and the man eventually climbed back over the fence but wasn’t cooperative with officers, Williams said.

According to Williams, he was booked on suspicion of grievous bodily harm and a felony arrest warrant. The man was not identified until Sunday morning.

Services for Arizona citizens in crisis include:

Tucson Opinion: TPD increase necessary, but not yet celebrated | Local editorials and opinions