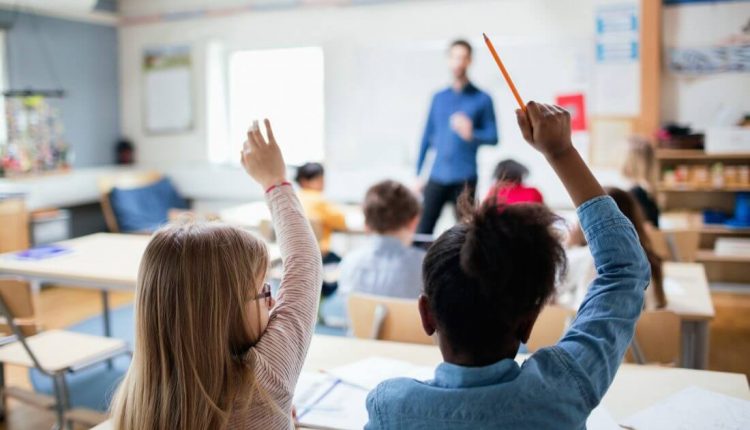 Scottsdale Unified School District said it won’t ask parents to consent to their children being asked personal questions about their home lives and that information about the controversial survey was sent in error.

SUSD parents voiced concerns on social media Monday after being informed by the district that an emotional health and wellness screening would ask students personal questions about family income, medical and mental health history, student biometric information, the presence of firearms and ammunition in their homes, and “illegal, antisocial or self-incriminating behavior.” The notification stated that an electronic signature from parents on their students’ annual verification packet would authorize the district to ask those questions.

The district sent a follow-up letter the next day explaining that the screening tool that SUSD used was not only optional, but that the notification incorrectly stated the survey would include the personal questions that caused parents to sound the alarm about the survey.

SUSD Superintendent Scott Menzel said the disputed language came from a 2016 state law requiring school districts and charter schools to get parental authorization before asking students about a number of personal issues. Some of those, such as family income, firearm ownership, mental health history and illegal or antisocial behavior, were included in the notification to parents. Other subjects, such as voting history or sexual activity or religious practices, were not part of the notification.

A prior law, enacted in 2006, requires schools to obtain parental consent before conducting mental health screening on students.

Scottsdale USD wants to evaluate my family’s income, medical and mental health history, my child’s “biometric” info, as well as our gun and ammo ownership. No thanks! pic.twitter.com/v6GrYRygqQ

The notification about the personal questions was included in a consent form for a new emotional health and wellness screening that the SUSD board approved in May. Menzel said there has been an increased emphasis in K-12 education nationwide on “social and emotional learning, and meeting the needs of the whole child.”

COVID-19 elevated that trend to a new level, Menzel said. He noted that some of their students have suffered family losses during the pandemic. Others saw parents lose their jobs. And some continued with digital learning when the district resumed in-person instruction and have been socially isolated for more than a year, Menzel said.

The district received a grant from the Arizona Department of Education to hire social workers for all 28 of its school facilities, which Menzel said gives SUSD the additional resources it needs to provide the extra help that some students will need.

“When students experience trauma in their lives, it impacts their ability to access the curriculum. As a school district, when we know that we have some students that are struggling in this way, we can identify proper resources and support to help them in the journey,” Menzel said.

The survey, known as Social, Academic, and Emotional Behavior Risk Screener, or SAEBRS, was developed by Minneapolis-based software company FastBridge Learning. It features 19 questions about things like whether the student gets good grades, participates in class, works well alone, argues with others, engages in disruptive behaviors, worries or is sad. Students answer by saying whether each statement never, sometimes, often or always applies to them. For younger students, the survey is filled out by teachers.

SUSD already used the SAEBRS assessment for K-3 students, and the board expanded it earlier this year for use by all students through grade 12.

Menzel said he’s still trying to determine how the information about the personal questions made its way into the survey notification.

“It was, I think, an attempt to make sure that we were compliant with statute,” he said, referring to the 2016 law.

The school safety grant that the Department of Education provided to the district comes from a program that the legislature expanded in 2019 to include counselors and social workers, according to agency spokesman Ritchie Taylor. Federal COVID relief money recently allowed the department to provide funding to schools that were on a waitlist for grants, including those in SUSD.

Taylor noted that the parental consent form SUSD sent to parents is not a requirement of the grant program and said it was not developed by the Department of Education.

The initial notification caused a stir on social media as SUSD parents and others questioned the district’s apparent intent to ask what many considered to be intrusive questions.

“Scottsdale USD wants to evaluate my family’s income, medical and mental health history, my child’s ‘biometric’ info, as well as our gun and ammo ownership. No thanks!” one Twitter user, Amanda Wray, wrote.

School districts must get parents’ permission to ask the personal questions that SUSD originally mentioned in its notification, but even that may not be long for this world. Several lawmakers expressed outrage over the initial version of the survey, and Republican Sen. Michelle Ugenti-Rita, who lives in and represents Scottsdale, said she’ll sponsor legislation next year to prohibit schools from asking the questions at all.

Ugenti-Rita voted for the 2016 law, as did nearly all of her Republican colleagues in both legislative chambers — Democrats voted almost unanimously against the bill — but said she doesn’t trust school districts with the authority to ask such questions in the wake of critical race theory instruction and COVID policies that she considers overzealous and unnecessary. Ugenti-Rita said she doesn’t believe the questions were included by accident and thinks the district backtracked after hearing from angry parents.

Civil rights leaders arrested at Sinema’s office after protesting her…

Want Fries With That Vaccine? Even at a Fast-Food Restaurant, Pop-Up Clinics See Slow…

How a Doctor Breaks Norms to Treat Refugees and Recent Immigrants

After being booed at Trump rally, Ugenti-Rita criticizes the Senate’s election…

Tucson man wants to claim financial damage against the city…