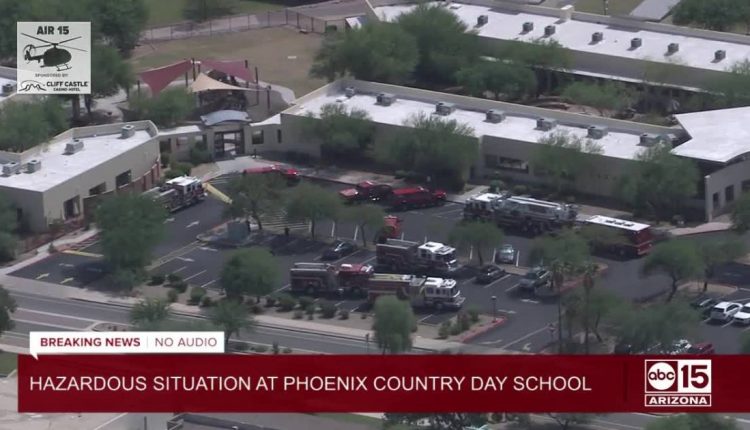 PHOENIX – Three children were rushed to the hospital from Phoenix Country Day School Tuesday morning after experiencing symptoms
after a possible chlorine leak.

Phoenix firefighters responded to the school near 40th Street and Camelback shortly after noon, evacuated the area and began treating some students for possible chlorine exposure. Symptoms included difficulty breathing, nausea, and vomiting.

A student had difficulty breathing and was rushed to the hospital, according to the Phoenix Fire Department. Two more were taken to hospital as a precaution.

Phoenix Fire said there was no active leak.

Coordinate officials to inform parents of the people screened and transported. Paradise Valley officials are investigating the situation.