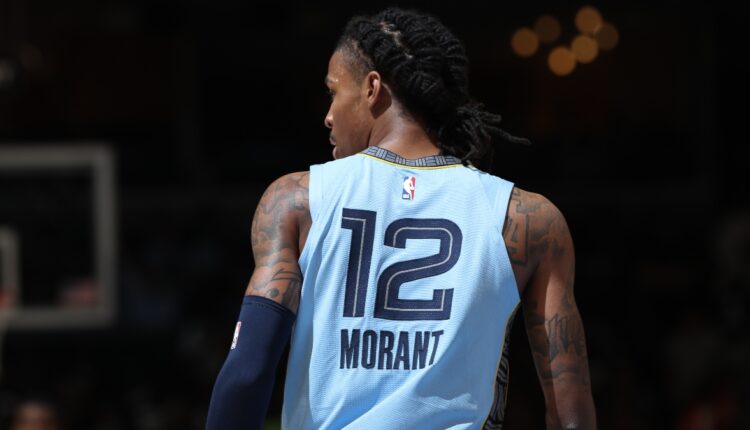 Value on Total in Phoenix

Memphis has struggled on the road, but could see the return of breakout sharpshooter Desmond Bane, who missed over a month with a big toe sprain.

Devin Booker is officially out as of Thursday night, a tough blow to a Suns team that seemed to be back on track after a five-game losing streak earlier this month.

Can the Suns win without their All-NBA scorer or will the Grizzlies turn their road woes around? Let’s look at the odds and offer up a betting prediction.

No matter what injuries get thrown the Grizzlies way, they always seem to find a way to weather the storm. Last season, Memphis had the best record against the spread of any team in the league (58-33-1 ATS), despite Ja Morant missing nearly a third of the season. Memphis famously went 20-5 straight up and against the spread in games without Morant. That was in large part thanks to contributions from players like Bane and Jaren Jackson Jr.

Without Bane this season, the Grizzlies are 9-7-1 against the spread. That’s not as impressive as last season without Morant, but they’re still covering more often than not.

The Grizzlies are tied with the Nuggets for first in the West at 19-11, but aren’t on pace for another 56-win season because of their inability to win/cover on the road.

Memphis’ Jekyll-and-Hyde personality was persistent even before the loss of Bane, who went down just two games before Jaren Jackson Jr. returned from a meniscus injury. Injury luck and diminished depth have been responsible for Memphis’ road woes.

Losing De’Anthony Melton was a blow to the Grizzlies depth as he provided a scoring spark off the bench. Players like John Konchar and Santi Aldama have been solid contributors, but nothing to the degree of Melton. Jaren Jackson Jr. and Ziaire Williams have also missed significant time, so Memphis has relied on role players to perform on the road, a tough ask.

During an ugly loss to the Washington WizardsSuns coach Monty Williams and center Deandre Ayton got into a heated argument and it seems the on-court controversy may remain something to monitor.

Since it’s difficult to understand the severity of a spat like the one Williams and Ayton had, I don’t want to assign too much importance to the altercation, but it’s important to note in case things continue to go downhill and the Suns on-court chemistry is negatively affected.

One thing that will definitely affect the Sun’s gameplay Booker’s absence.

The Suns will be without Booker for the fifth game this year and have struggled without him. Since 2021-2022, when Booker doesn’t play, the Suns are 10-12 straight up and 6-12 against the spread, according to Statmuse.

This season, Phoenix is ​​1-3 both straight up and against the spread without Booker and their one win/cover came against a severely shorthanded Lakers team that was missing LeBron James, Anthony Davis and Russell Westbrook.

Without Booker, the Suns struggled to create efficient offense. In the four games without Booker this season, the Suns have 51% Effective Field Goal Percentage, which is in the 31st percentile, according to Cleaning the Glass.

If I was forced to bet a side, it would be Memphis. I still might bet the Grizzlies, but their horrendous road record is definitely concerning against a Suns team that is 11-7 at home.

Instead, I’ll look at the under since I think there’s more of an edge with Booker out and a potentially rusty Bane possibly making his season debut.

The past two meetings between the Suns and Grizzlies have gone over, but both teams were at full strength.

Without Booker, the Suns struggled to create offense. According to Statmuse, the Suns have the second-best offensive rating since the 2021-2022 season (115.6). However, when Booker sits, that offensive rating plummets to 111.5, which would be the 23rd-best in that time frame.

QuickSlip is an Action Network feature that allows users to automatically pre-load their bet slip at FanDuel Sportsbook.

How would you rate this article?

This site contains commercial content. We may be compensated for the links provided on this page. The content on this page is for informational purposes only. Action Network makes no representation or warranty as to the accuracy of the information given or the outcome of any game or event.