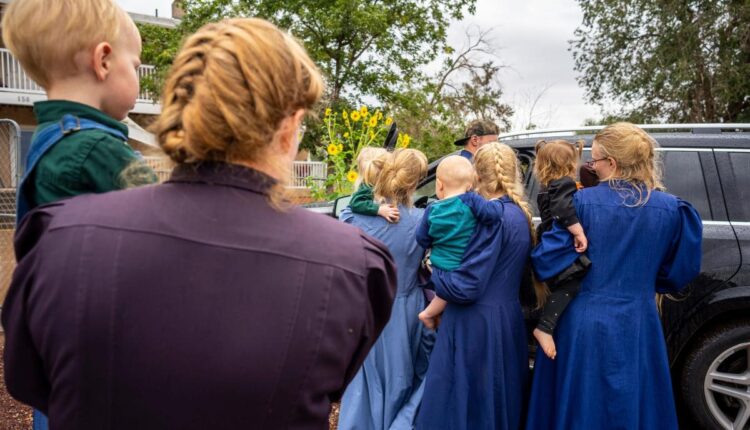 Two of the women tied to northern Arizona polygamist sect leader Samuel Rappylee Bateman will return to federal court for a joint preliminary hearing in Flagstaff on Thursday. Both remain in custody without bond.

The FBI has charged Naomi Bistline, Donnae Barlow, both 24, and Moretta Rose Johnson, 19, with kidnapping and obstruction of justice in a related child safety case involving Bateman.

During a detention hearing Tuesday, US District Court Judge Camille D. Bibles ordered Bistline to remain in federal custody throughout the duration of her case, the same determination she made for Barlow the previous week.

Both women appeared separately in court wearing navy blue jail scrubs that hung loosely off of their thin frames and spoke only through their attorneys.

A handful of family and friends of Bistline and Barlow have been in the courtroom for each hearing so far, some adorned in traditional dress with long hair held back in a braid. Both defendants and their supporters have remained largely expressionless throughout the proceedings, even as prosecutors described some of Bateman’s abuse.

Johnson is scheduled to appear in Flagstaff’s federal magistrate court on Friday.

Donnae Barlow arrives at the federal courthouse in Flagstaff, Ariz., on Dec. 7, 2022. Barlow and two other women from a polygamous sect near the Arizona-Utah border are charged with kidnapping and impeding a foreseeable prosecution.

Federal prosecutors alleged in court that both Bistline and Barlow were directly involved in the Nov. 27 disappearance of eight girls who were originally removed from the community following Bateman’s arrest in August and placed into the protective custody of Arizona Department of Child Safety. The children were subsequently found in Spokane, Washington.

Prosecutors claimed that Bistline and Barlow were in repeated contact with Bateman through video calls between Nov. 27 and Nov. 29 during which time they claim he instructed them to retrieve the children and reunify the family.

More on Bateman:What you need to know about FLDS leader Samuel Bateman’s arrest in Arizona

Federal agents and prosecutors also allege that Bateman instructed family members and followers to delete their communications on the Signal app.

Last week, Barlow’s defense attorney Roberta McVickers presented her client’s actions as those of a naive mother who was just trying to help family members that she believed were in trouble. 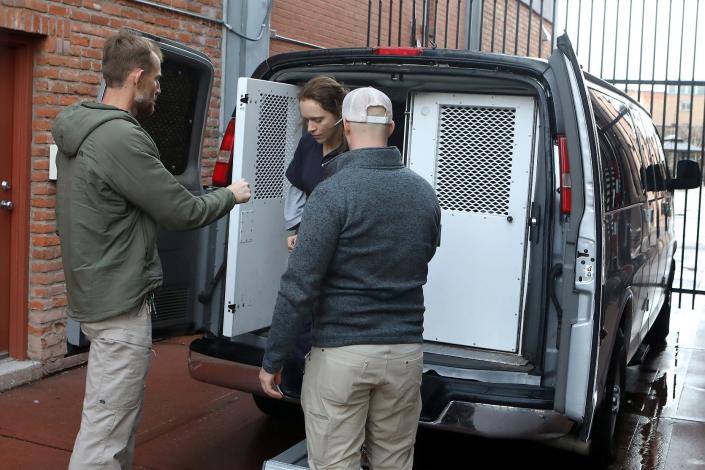 Naomi Bistline arrives at the federal courthouse in Flagstaff, Ariz., on Dec. 7, 2022. Bistline and two other women from a polygamous sect near the Arizona-Utah border are charged with kidnapping and impeding a foreseeable prosecution.

In contrast, Bistline’s defense attorney Daniel Kaiser argued that his client was a victim of severe abuse and brainwashing by Bateman.

He was originally arrested in August after Arizona Department of Public Safety troopers found three girls in a wooden horse trailer he was towing through Flagstaff. One girl’s hand was seen poking out of the trailer, in which they were forced to use a bucket as a toilet, according to court filings.

Bateman bonded out a few days later and was rearrested by FBI agents Sept. 13. Federal prosecutors then charged him with destruction of evidence.

Bateman, 46, started taking women and underage girls from his followers in 2019 to make them his “wives,” including one of his own daughters, according to a recently filed FBI affidavit.

The FBI further accused Bateman of sexually abusing underage girls in court filings. He has not been charged for crimes stemming from those allegations.

Bateman’s attorney, Adam K. Zickerman, said his client’s case was separate from the allegations against the women. Further, in an email to The Arizona Republic, Zickerman said he believed the case revolved around religious persecution and Bateman maintains his innocence.

The FBI also noted that followers and family members discussed how Bateman had been originally pulled over on the 16th anniversary of previous FLDS leader Warren Jeffs’ arrest. Jeffs, known to followers as “Uncle Warren,” was on the FBI’s Ten Most Wanted list before he was caught. He is now serving a life term in a prison in Texas for sexually assaulting some of his underage wives.

While facing charges in both state and federal court, Bateman’s bond was eventually increased to $250,000 and he was forbidden from any contact with the victims in this case or other minors.