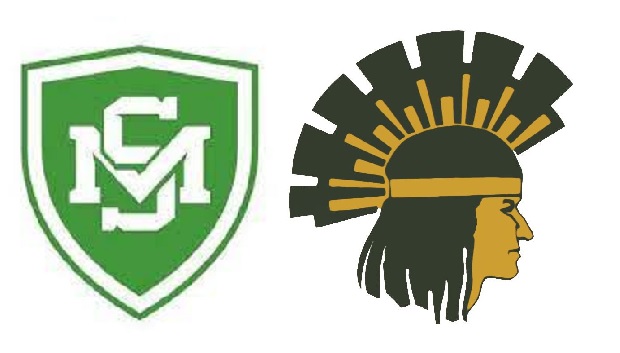 When St. Mary’s has the ball:

Phoenix St. Mary’s — which last won a playoff game in 1999 — relies heavily on the run with seven players rushing for at least 100 yards, led by senior David Galindo (723 yards on 145 carries with 10 touchdowns). Galindo, who also plays quarterback, passed for 49 yards and gained 95 yards on 21 carries when CDO beat St. Mary’s 24-8 at Phoenix College on Sept. 30. … Julian Pompa (454 yards on 91 carries) and PJ Lewis (328 yards on 30 rushes) are the Knights’ other two leading rushers. … Galindo is the leading passer having thrown only 54 times (completing 27) for 374 yards with four interceptions and three touchdowns. … CDO’s defense limited St. Mary’s to 215 yards of total offense (166 on the ground) in the previous meeting. The Dorados are led by linebacker MJ Zamorano’s 51 tackles, nine of them for loss. CDO has totaled 72.5 tackles for loss this season, 25 of them sacks. …CB Ethan Krominga leads the Dorados with three interceptions.

When CDO has the ball:

CDO runs the ball mostly but it has shown balance for the most part because of the passing of junior QB Tristan McClelland (59 of 91 for 1,170 yards with 15 touchdowns and nine interceptions). …RB Jose Alba leads the Dorados rushing for 648 yards on 97 carries with six touchdowns. …WR Daylon Beck has emerged as one of the top big-play receivers in the state averaging 26.8 yards a catch (26 for 698 yards) with 10 touchdowns. … The St. Mary’s defense is led by sophomore linebacker bobby lewis 72 tackles. Two players have four interceptions each — Lewis at free safety and CB Elijah Garcia.

CDO defeated St. Mary’s 24-8 at Phoenix College on Sept. 30 in the first meeting between the schools.

Made in Tucson Market is where the makers hang | News